Our firewalls are now integrated with #OpenBL (in addition to #AutoShun). These lists are updated hourly from servers around the world which have identified botnets and hacker IP ranges. By integrating these lists directly into our firewall, we eliminate additional threats before they reach the rest of the network.

Announcing the official release of #ApacheTomcat 8! The latest version 8.0.9 is available at Metawerx (as it has been since the early vers)

A major security bug has been found in Struts 1 - https://securitytracker.com/id/1030159

We have achieved an A+ rating on ssllabs for our Apache control panels!

SiteWinder for Mobile and the new Metawerx/Smart App for Android have had a lot of improvements this month.


I'm using my Motorola Droid to edit this page right now. It's a bit trickier than using a notebook at first, but once you get used to it, it's really cool. I'm making a lot of small changes to this article while watching TV (Endgame series 1). Using my Kindle would probably be easier as the screen is larger and this editor is a bit small, but this works well and I can't be bothered getting up to get the Kindle at the moment. Hopefully this is a feature that makes everything easier for you as well! - Neale

Our Mail Administrator is now optimized for mobile, a nice addition to our mobile control panel.

Access it by browsing to our control panel with your handset/tablet or via the Metawerx SiteWinder/Smart Android application, available from Google Play

And here are a few screenshots ... 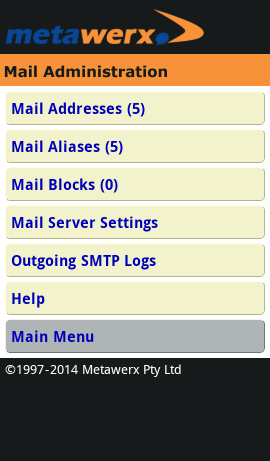 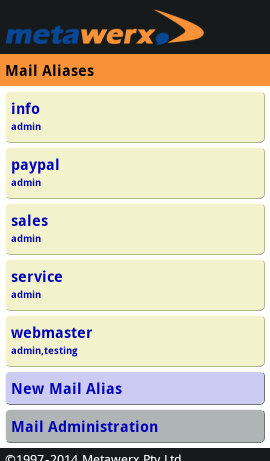 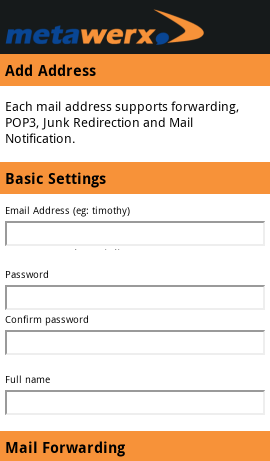 Java 7u51 has been released and is now available at Metawerx.

We would like to wish all of our customers a prosperous 2014 and good luck in developing their applications and projects and running their online businesses!

We now have all servers running on Ubuntu 13.10 and we're working hard on testing our new Instant Activation systems. Soon you will be able to add new testing environments, new accounts or databases with a few clicks/touches.

2013 was a big year for hacking. Whether you want to read that term as coding and improving systems, or as attacks on systems, there was a lot of it going on!

We will try our best to keep your systems secure again this year and protect your business and reputation by keeping up with the latest software versions and protective techniques.

On that note, the following new Tomcat versions are now available, with a lot of bug fixes and a series of improvements for WebSockets. All managed instances will be on the new versions when their JVM is next restarted.


Why Host With Us?